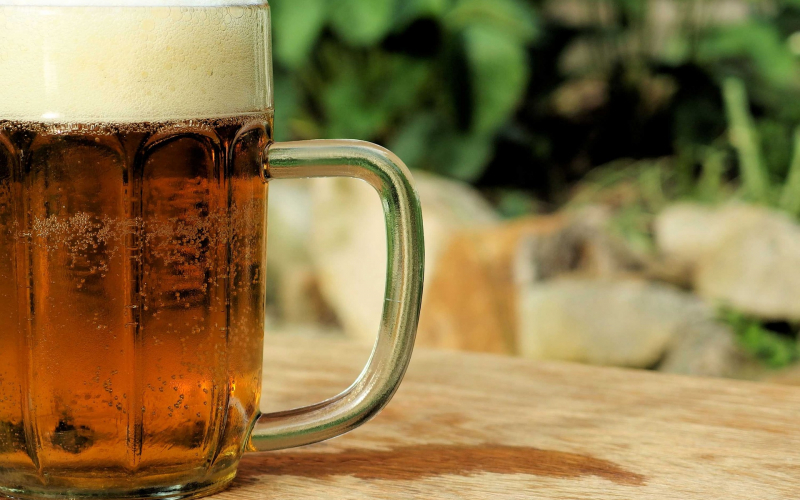 The warmer months are just around the corner, and that has us here at Craft Kulture thinking about long, afternoons spent on a porch with friends. And beers, of course. Here are 10 of the best summer beers.

Cellar Door is a beautiful farmhouse ale released every summer by Stillwater Artisanal Ales. It is light, funky, and just the right amount of hoppy. Perfect for any summer day!

Though the label touts itself as a Pale Ale, this beer is actually a German-style Kölsch. Ballast Point Pale Ale is light, crisp, refreshing, and comes in a can — perfect!

An American Hefeweizen with bold citrus notes and a natural lemonade flavor added in. The Hefe Shandy is a thirst quenching beer for the hottest, laziest days of summer.

This is an unabashedly West Coast take on the pale ale, jam packed with fresh hop aroma. The German Mandarina Bavaria in Pale Ale 2.0 adds bright flavors of peach and orange against a crisp, spicy, biscuity backdrop.

When the air is thick and muggy, and you want to knock a couple beers back but not get too tipsy, this is your beer. Stiegl Radler is a lager with a powerful aroma of grapefruit and other citrus notes. Open, sip, repeat.

Two Brothers Wobble IPA is a complex, yet balanced beer, “wobbling” on the verge of being really hoppy. It has a big, piney hop character mixed with citrus notes and a subtle malt character.

Wittekerke means “white church”, and has been brewed since 1894 by the Bavik brewery in Belgium. The beer incorporates a few oats to the malt bill, which lends a subtle softness to the mouthfeel, unlike other wheat beers. Bavik De Brabandere Wittekerke pours a hazy yellow into the glass and is perfect for sipping while lounging on a hammock in the shade.

This golden ale by Full Sail pours with a creamy head and a subtle, herbal hop aroma. Cream Summer Ale has a malty sweetness and lingering bitter taste (in a good way!) will have you reaching for another as soon as one is done. And at just 5.4% ABV, why not have another? It is a lazy summer afternoon, after all.