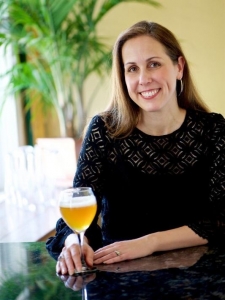 There’s a new brewery in town, and this one comes with a twist. High Heel Brewing is hoping to set itself apart from other breweries by going after a niche market in the world of craft beer – women. The company’s founder, Kristi McGuire, is no newbie to brewing. She worked in the field for 20 years before deciding to launch a brewery of her own. McGuire will be introducing her company’s first two beers in Florida next month, with plans to launch in other states if this first run is successful.

Rare, But Not Unique

High Heel Brewing is not the first of its kind, and will be competing with the slightly-older Chick Beer for the female beer lovers of America. There are also several more-established companies that have launched specific beers targeted toward females in recent years, ranging from Molson Coors’ failed Animée to Bud Light’s more successful beer-based margaritas.

The Pitfalls of Marketing Beer to Women 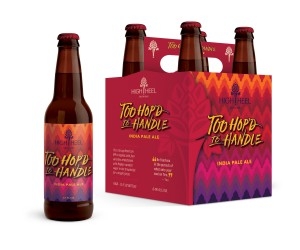 Why is there a recent increase in the amount of female-friendly beers? Women are a growing minority in the world of beer, with females aged 21-34 currently making up 15% of beer consumption. Breweries view them as a potentially crucial market that could continue to grow. This seems like a sound business strategy, but the problem lies in the exclusivity of “women-only” beers. By solely targeting female beer drinkers, McGuire is missing out on the majority of the current craft beer market. She also runs the risk of alienating some female beer drinkers who view the idea of making a special beer for women offensive, as they have been drinking regular beer for years.

What to Expect From High Heel 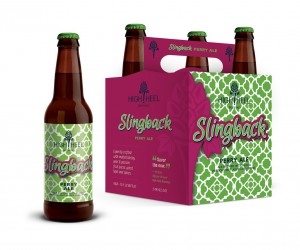 The best way for a craft brewery to be successful is simple—make great beer. McGuire has chosen two very different beers to start out with. The first is Slingback, which joins together pear cider and ale for what she refers to as “the Prosecco of beers.” Next up is Too Hop’d to Handle, an American IPA with a bold flavor. The two are on opposite ends of the spectrum, which makes them ideal for showcasing the kind of variety people can expect from this brand new brewery. The brewery’s success has yet to be seen, but other breweries are sure to be watching the results. Expanding the market is always on the mind of any good business owner, and the potential of female beer drinkers is still largely untapped.