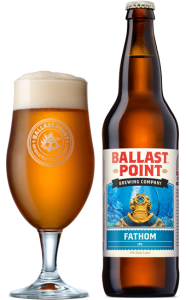 In order to answer the question of what an IPL is, we need a bit of a history lesson. After it became possible to culture pure yeast in the late 19th century, beer makers divided beers into two main species: lager and ale. The main distinction to be made is in the way the two are fermented. While lagers are made using a slow, cold fermentation that produces a clean taste, ales go through a short, warm fermentation that produces more of a fruity sort of taste.

India pale lagers take up the best of both worlds stance. While fermented the way a lager would be, they’re then given a healthy dose of hops from regions like the Pacific Northwest that make them taste different from most other lagers.

While a bit of a rebel in the beer world due to its unusual taste and unique fermentation process, this distinct type of lager has seen a resurgence in popularity in recent years. This is thanks in part to breweries like New York’s Schmaltz Brewing, where Jeremy Cowan has helped pioneer the style when many didn’t even consider IPL to be a distinct category of beer.

Many beer aficionados love the category for its similarity to the IPA. There are similarities to be made, but while IPAs can assault the palate with alcohol and hops, the same can’t be said for beers in this category. There’s more of a clean lager finish that will display the subtlety of the hops instead of overwhelming the drinker with them. Also, while this category is aggressively hopped like many IPAs, its lengthy lagering process results in a crisper, smoother, and some may even say more drinkable beer.

While it’s still disputed as a distinct category today, fan favorites like Fathom India Pale Lager from Ballast Point Brewing Company have assured that the style is legitimate, and it’s here to stay.

You’ll see much the same enthusiasm whether you’re looking at smaller breweries’ offerings, such as Megafauna by Lost Rhino Brewing Company, which pledges to donate 25 cents from every dollar sold to Save the Rhino International. A more commercial offering, Boston Beer’s Samuel Adams Double Agent IPL has recently been promoted to year-round status, highlighting the style’s popularity. Or if you’re looking for an international taste, there’s always Nøgne Ø India Pale Lager from Norway and Mikkeller Hop Burn Low from Denmark.

And so, boasting a rich history with plenty of modern, flavorful offerings, it’s easy to see the reason for the recent surge in popularity of the India pale lager.