Between late July and the middle of August, the powerhouse beer maker MillerCoors purchased three U.S. makers of craft beer. This is a sign of how important Big Beer considers Craft Beer to its future, and is further proof that craft beer is making a dent in national macro beer sales, which have been in decline.

Locations of the Craft Breweries

In a statement, Scott Whitley, Tenth and Blake’s president and CEO, praised Terrapin for being “a highly regarded brewery regionally and nationally.” Whitley views the acquisition as an opportunity to learn more about how to create finely crafted products for this rapidly growing niche of the beer industry.

Terrapin brews are currently sold in 12 southern states and the District of Columbia. Hopsecutioner IPA is its top-seller. Its other popular brews include Rye Pale Ale, RecreationAle, which comes in a can and Wake N’Bake Coffee Oatmeal. Hopsecutioner is brewed withsix different hops, and it is 7.3% ABV. It has aromas of citrus and pine, with a malt backbone that counters the hops.

Hop Valley Brewing Company is known for brewing Alphadelic IPA and Alpha Centauri Imperial IPA. The latter is a medium-bodied bitter brew that is 9% ABV. The brewery has a brewhouse with a 60-barrel capacity. It expects to produce 60,000 barrels in 2016.

Whitley said that the brewery’s creations that use hops heavily, the region in which it is located and the team that leads it led to his decision to buy a majority stake. Hop Valley’s brews are now sold in Oregon, California, Washington, Idaho and Vermont.

The final producer of Craft Beer purchased by Big Beer is Revolver Brewing. Founded in 2012, it is located about a one-hour drive from Fort Worth. Blood & Honey, an American wheat ale made using honey and spices produced in Texas and blood orange zest, is probably the brewery’s most notable creation. It has hints of barley as well as a 7 % ABV.

Ironhead IPA is another of its offerings. It has a 6.5 % ABV. Whitley cited raising the level of craft brewing in Texas and creating outstanding products as reasons for the acquisition of the company.

Why is MillerCoors buying craft breweries? 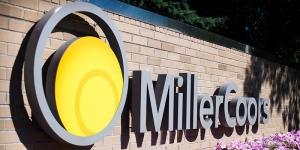 As mentioned previously, big beer companies are seeing their national sales fall as craft beer’s market share rises. As the old saying goes: “If you can’t beat ’em, buy ’em”… or something like that.

As we see big beer companies like MillerCoors buying craft breweries, we remember that the landscape of craft beer in America is changing, and fast. With multiple new craft breweries opening every day, competition will increase, as well as the pressure to make a profit. A large check from Anheuser-Busch InBev or MillerCoors offers just that.

For now, all three breweries will continue as separate companies with their own personnel who will brew, package and market their products. The market for this beer is growing and becoming more competitive. Expect large breweries to continue to acquire them.

What do you think the future of craft beer will look like? Let us know in the comments below!