Mitch Steele: A Devilish Brewmaster with a Mysterious New Opportunity 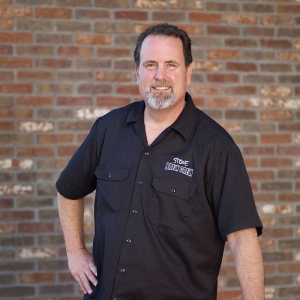 If you don’t know who Mitch Steele is, you’re probably not worthy to partake of this article. To truly understand the impact that Mitch Steele had on craft breweries, you’re going to need to go out and find yourself a Sublimely Self-Righteous black ale or an Enjoy By double IPA from Stone Brewing. Once it’s cold enough, get comfortable, realize you’re holding a bit of history in your hand, and then continue to read this article.

Mitch Steele joined Stone Brewing Company in 2006. He was responsible for both the brewing and packaging operations. His time with Stone was highly beneficial to him in his career, and he was able to hone his masterful brewing skills to a high degree.

Those two beers that were recommended were two of his most famous creations while working for Stone Brewing. The story goes that he was approached one day by industry veterans who had several decades of experience working for other companies. They offered him a chance to start up a new operation with them, and he took the shot. His previous overlords at Stone have endorsed his new venture and have reportedly wished him the best.

Steele is also the author of the book, “IPA: Brewing Techniques, Recipes and the Evolution of the India Pale Ale.” Ask him a question about hops, and you’ll get a mouthful. He’s one of the most knowledgeable hops experts in the world, and it’s no wonder his beers have such rich flavors and intense aromas.

His departure didn’t come as a surprise to his co-workers and friends. He worked his position for 10 solid years, and in that time he put a lot of blood, sweat and tears into creating a strong company with exceptional beers. His position came with a lot of pressure, and the insinuation is that Steele prefers the more intimate nature of a start-up company. Now that Stone is a full-fledged and highly-respected brewery, it makes sense that he would move on to the next big thing.

The departure of Steele marks the end of an era for Stone Craft Breweries. The company went from producing a mere 48,000 barrels in the first year to well over 325,000 in 2015. Whatever his next big adventure will be, we’re certain that Mitch is going to break new ground, have a lot of fun and continue to produce exceptional beers for us to enjoy.

Mitch left a video stating that his new venture was a bucket list kind of thing and that he felt passing on this new opportunity would be a decision he would regret for the rest of his life. The video is published below for your viewing. Let’s raise a glass for Mitch tonight and get ready for his next big thing. Cheers, Mitch!