The Alchemist’s new brewery in Stowe, Vermont, was recently opened to an enthusiastic crowd of beer lovers. After only a few hours of opening their doors, The Alchemist brewery had over 200 thirsty visitors clamoring for a taste of the company’s beloved India pale ale: Heady Topper. 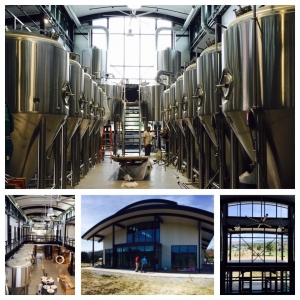 The Alchemist Brewery in Stowe, VT

This whole Alchemist craze started back in 2003 when husband and wife John and Jen Kimmich started formulating their famous IPA in Waterbury, VT. In the early days, they would often produce this blend in their basement.

As time wore on, and as their craft beer increased in popularity, this couple put all their energy into creating a viable brewery and cannery in Waterbury, Vermont, in 2011. Unfortunately, or perhaps fortunately, they could not keep up with the high demand for their product. So they eventually stopped selling their IPA in retail for two whole years.

Now, however, this dynamic duo is back and ready to serve even more people with the help of their four-acre Stowe brewery. The Stowe brewery is located on Cottage Club Road and has stunning mountain views all around. They also have a patio area where guests can taste their beer and take in the beauty of this natural setting.

Even though The Alchemist did not release Heady Topper for retail sales for two years, their beloved IPA has remained a favorite amongst both locals and beer critics around the world. For example, this craft beer currently has a 100 BA Score based on 2,222 reviews posted on Beer Advocate.

The Alchemist’s products are currently distributed to over 200 businesses, and those numbers are growing by the day. The Alchemist will be able to produce 9,000 barrels of this beer each year in their new Stowe facility.

The Alchemist brewery in Stowe, Vermont is open to the public 11 am- 7 pm Tuesday through Saturday.