Deriving enjoyment from a cold, frosty beer is a nearly universal characteristic of humanity, and that is not limited to the male half of the species. There are just as many women out there who crave the smooth, rich taste of a finely crafted beer, and unsurprisingly, there are just as many women in positions of power in the craft beer industry. These women in craft beer are not discussed as often as the male figureheads, but they offer just as much insight and innovation to the field.

We’ve collected a brief list of some of the most impressive women in the beer industry, but the list is certainly not exhaustive. There are hundreds of other influential women who have devoted their careers to brewing and distributing premium beer.

As the co-owner of the Falling Rock Tap House in Denver, Colorado, Cheryl Black has made a name for herself thanks to their flagship beer, Falling Rock. She earned the nickname “The Rock” thanks in part to the success of the beer, but also because of her exceptional strength. She is an inspiration to everyone, not just the women, of the beer industry. Her battle with cancer was hard fought, but she won it and continued to offer her talents where her true passion laid, in beer. Cheryl reminds everyone that nothing can stop you if you are determined. 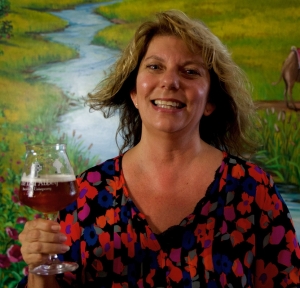 A lot of brewers simply go through the motions of brewing their beer without ever taking much consideration into the actual process. Gwen Conley, on the other hand, happens to be one of the world’s leading microbiologists, and her expertise on the fermentation process has earned her the title of Director of Brewery Production and Quality Assurance for a small craft brewery you might have heard of called The Lost Abbey. She’s one of the beer industries leading experts on the production of beer, and she can tell you how you’ll feel about a beer before you even taste it. 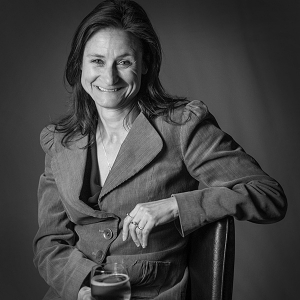 The Brewers Association has a rich history that many of you might be aware of, but you probably haven’t heard of Julia Herz. That’s a real shame because she is perhaps the most knowledgeable woman in the premium beer industry. She is the Program Director for Craft Beer with the Brewers Association, which means she works with many craft breweries as opposed to a single one. She may be the only person in the industry with a master-level knowledge of the craft. 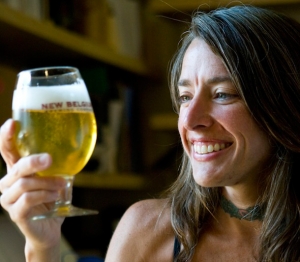 New Belgium is one of the most popular craft breweries in the United States, and Lauren Salazar is a brand specialist for the company. Her job is to create blends of delicious sours, and she does so with the skill and creativity of an expert. She’s also an inspiration to anyone looking to maintain physical fitness, as she describes herself as having a passion for rock climbing and the great outdoors. She also happens to be one of the most stunning women in the industry.